It’s been quite a Fall for the Philadelphia Flyers Warriors, a first-year team playing in USA Hockey’s Warrior discipline for injured and disabled military veterans.  After a 4-day training camp in September that included on-ice practices, off-ice fitness testing, and an exhibition win against the Pittsburgh Warriors, the Flyers Warriors were off to Las Vegas in early October for the USA Hockey Warrior Classic.  The team finished with a perfect 5-0 record, and returned to Philadelphia as Warrior Classic champions! On November 16, the entire team was invited to attend the NHL Flyers’ Military Appreciation Night. They were escorted to the Flyers locker room and surprised with special military-themed warmup jerseys before the game.  As the Flyers exited the ice at the end of pregame warm-up, each player removed his jersey, autographed it, and presented it to a member of the Flyers Warriors. There are many excited events lined up for the Flyers Warriors as the program continues to grow.  Follow @flyerswarrior on social media for updates on the team. 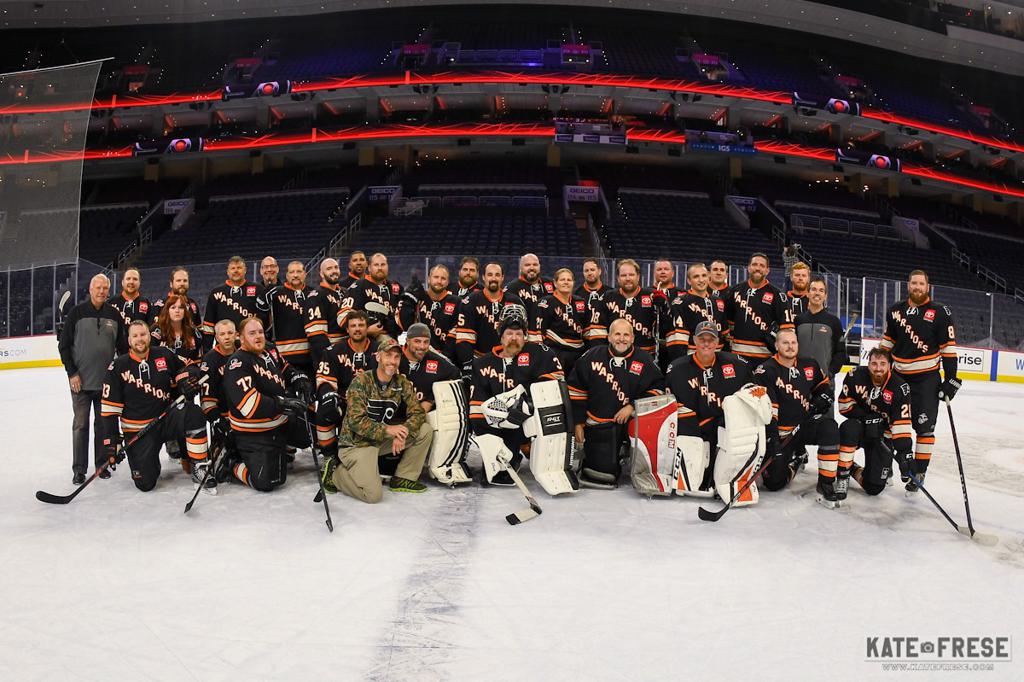 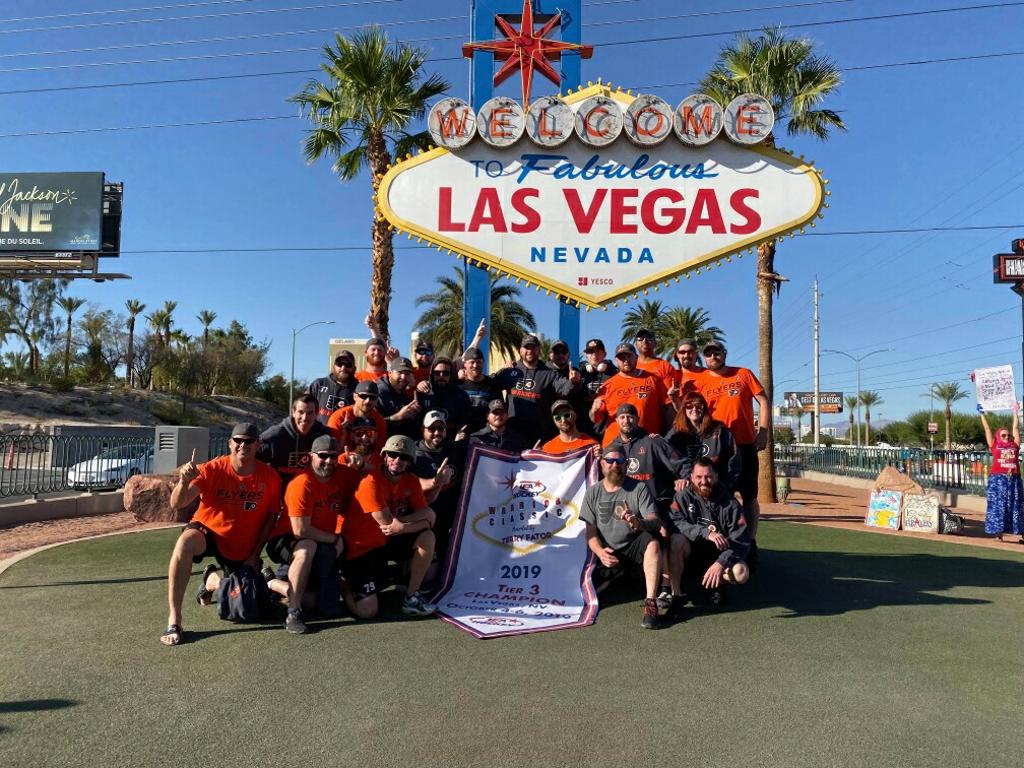 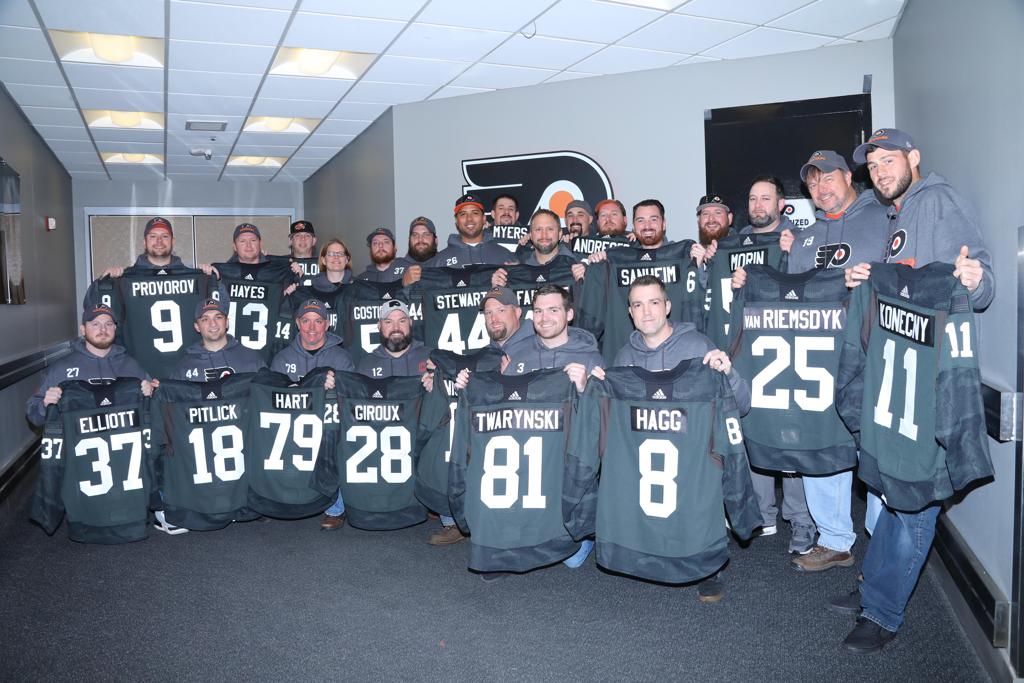