“Flyers Charities is thrilled to play a part in the creation of this showcase weekend,” said Denise Sullivan, Executive Director of Flyer Charities. “We are honored to join forces with these game changers in the hockey community to help grow the sport for young women in such an engaged hockey town.”

“Diversity and Inclusion are core principles of Snider Hockey,” said Scott Tharp, President / CEO of the Ed Snider Youth Hockey Foundation. “We are delighted for the opportunity to be a part of this exciting showcase event, which will inspire hope, promise, and possibility to so many deserving youth in the Greater Philadelphia Region.”

“The PWHPA is thrilled to work with Flyers Charities and the Ed Snider Youth Hockey Foundation to grow the game and bring awareness to the need for a sustainable women’s professional hockey league,” said Jayna Hefford, Olympian and Executive Director of the PWHPA. “This event will be a great celebration of women’s hockey and we are excited to showcase some of the best players in the world, to the valued hockey fanbase in Philadelphia.”

Individual game tickets for both Saturday and Sunday are available for $20 each, and weekend passes to attend both days of the showcase are available for $60. To purchase tickets visit showpass.com/o/pwhpa-2 or for additional information on the PWHPA, please visit PWHPA.com.

The PWHPA Dream Gap Tour was created to draw attention to the fact that there currently is not a league that consistently showcases the best product of women’s hockey in the world, pays its players a living wage and has the infrastructure to set the game up to succeed. Such a league would represent an important step in closing the dream gap between young boys and girls. A young boy can lace up his skates and imagine himself circling the ice in his favorite professional team’s jersey as the crowd chants his name. He dreams it, because he’s seen it countless times. There is no realistic equivalent for aspiring female hockey players to imagine their futures.

About Ed Snider Youth Hockey Foundation
The Ed Snider Youth Hockey Foundation uses the sport of ice hockey to educate young people to succeed in the game of life. The mission is to build lives and unite communities. All Snider Hockey programs are delivered at no cost to under-resourced boys and girls. The programs uniquely blend a first rate hockey program with character development, life skills, physical fitness, nutrition, and a healthy dose of academics designed to keep our youth on-track for on-time graduation and post-secondary enrollment. The end goal is to turn out productive citizens who understand the importance of giving back to their community.

About Professional Women’s Hockey Players Association (PWHPA)
Professional Women’s Hockey Players Association’s (PWHPA) mission is to promote, advance, and support a single, viable professional women’s ice hockey league in North America that showcases the greatest product of women’s professional ice hockey in the world. The organization aims to provide a united voice to players advocating for the creation of a sustainable professional league. PWHPA is working to accomplish its mission by coordinating training needs and programming opportunities during the 2019-2020 season and collaborating with like-minded organizations to make hockey more inclusive for women today and for future generations. To learn more about PWHPA and the Dream Gap tour visit www.pwhpa.com. 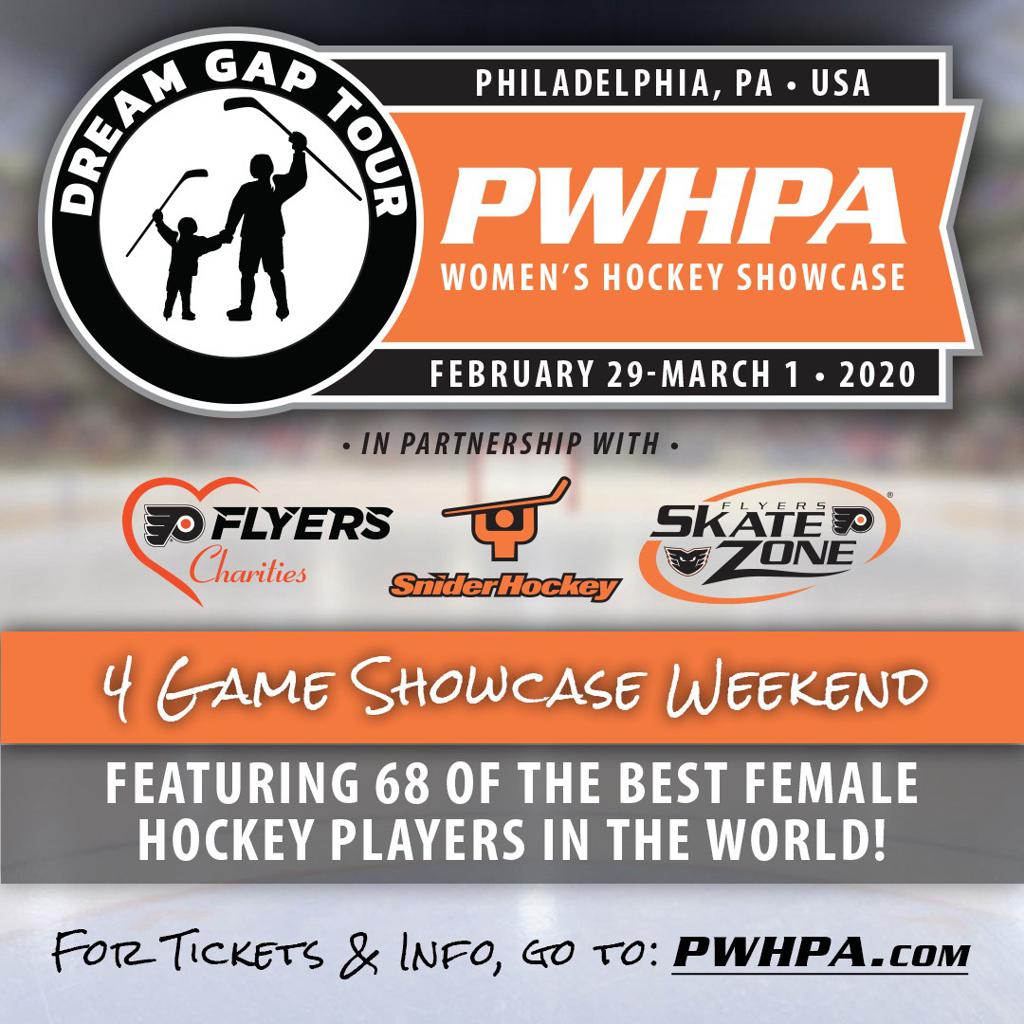