Delaware Hockey: Nearing A Half Century Of Blue Hens Tradition

Delaware Hockey: Nearing A Half Century Of Blue Hens Tradition

Newark, Del. — From humble beginnings in 1972 — and even well beyond their American Collegiate Hockey Association national championship four decades later — the University of Delaware hockey program has blossomed into a consistently top-notch organization that keeps over 100 athletes on the ice each season.

The University of Delaware, which was established in 1833 and is home to over 24,000 students, boasts one of the few non-varsity collegiate programs with an on-campus rink. The Blue Hens split their games and practices between two facilities: Fred Rust Arena, which seats 2,600 and houses an international-sized rink, and Gold Arena, a bandbox barn with cozy dimensions, a capacity of 400 spectators, and the distinction of serving as the original home for Blue Hens hockey.

"We are fortunate to have two sheets of ice and one of the nicest arenas in the ACHA on our campus with a great locker room, weight room, training room and lounge," said Todd Mittelmeier, who took over the reins of the Blue Hens' men's Division 1 program in 2018. "The UD rink staff keeps the place spotless and one of the best places to play."

In 2011, 39 years after the first Delaware team set foot on the ice, player interest dictated the formation of the Division 2 team, which has blossomed into a perennial competitor in their own right. The Division 2 Hens, led by Delaware alumnus Vince Falkowski, have been consistently competitive in the Mid-Atlantic Collegiate Hockey conference throughout the past decade.

The same season the Division 2 team was founded, the Division 1 Blue Hens earned non-varsity collegiate hockey's most prestigious prize — the ACHA National Championship — by capping a 33-3-2 season with a 5-1 win over Oakland (Mich.) University.

The women's team has likewise enjoyed their share of the national spotlight, taking bronze at the ACHA National Championship in both 2010 and 2012 amid an eight-year run of tournament appearances that ended in 2017.

While the players on those nationally acclaimed teams have long hung up their blue and gold sweaters — and many still support the current iteration of the team through a robust hockey alumni association, University of Delaware hockey is in the midst of yet another resurgence.

"We've increased our recruiting efforts and established some continuity in the coaching staff across all four programs," said Mittelmeier about the spike in program interest. "UD itself is more popular than ever. We had over 30,000 applications for admission."

And those efforts paid immediate dividends. The 2019 season represented a new high water mark in terms of player interest, with roughly 145 players trying out for a spot on one of Delaware's four teams.

The level of play on the ice doesn't hurt either, with all four Blue Hens teams proving competitive. The men's Division 1 team finished with a 21-17-0 record, only giving way to No. 2 ranked Liberty in the final two minutes of their Eastern States Collegiate Hockey League semifinal contest. The men's Division 2 team advanced to the ACHA Southeast Regional tournament for the third consecutive season, and the Division 3 team — who moved to the new Collegiate Hockey Federation for 2019-20 — earned a berth to the inaugural Federation Cup, which was ultimately cut short mid-tournament on account of the rapid spread of the novel coronavirus.

While the women's team, who competes in ACHA Division 2, dropped below the .500 mark this season, they boasted a full roster of 20 players — 10 of them first-year Blue Hens — for the first time in recent years after averaging 14 skaters in the three previous seasons.

To say the future of the entire program looks bright is a gross understatement.

"I think the future is bright," concluded Mittelmeier. "While we're losing a great group of seniors, we're returning 18 players, and many of them are going to get an opportunity to get a lot more ice time. We have a 'next man up' mentality, and I am confident we can build on the strides we made this year to take another leap forward."

At the current rate, another National Championship appearance for the Blue Hens may not be that far out of reach. 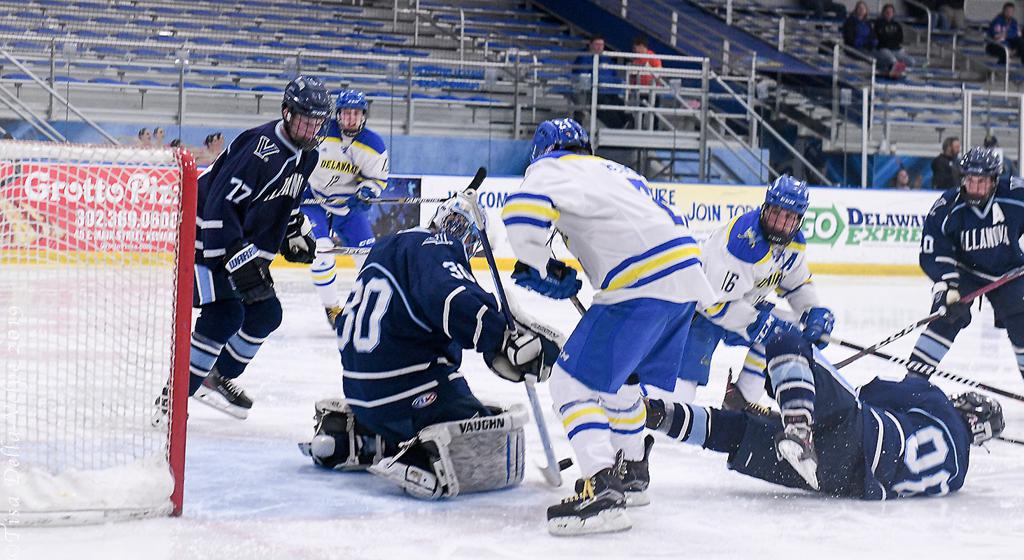 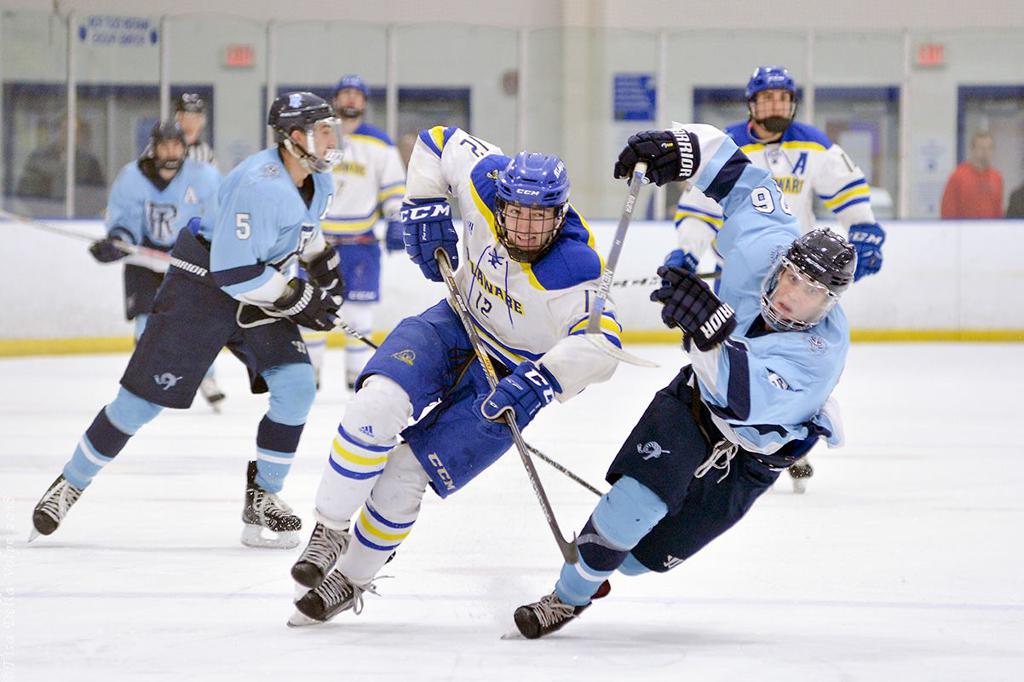 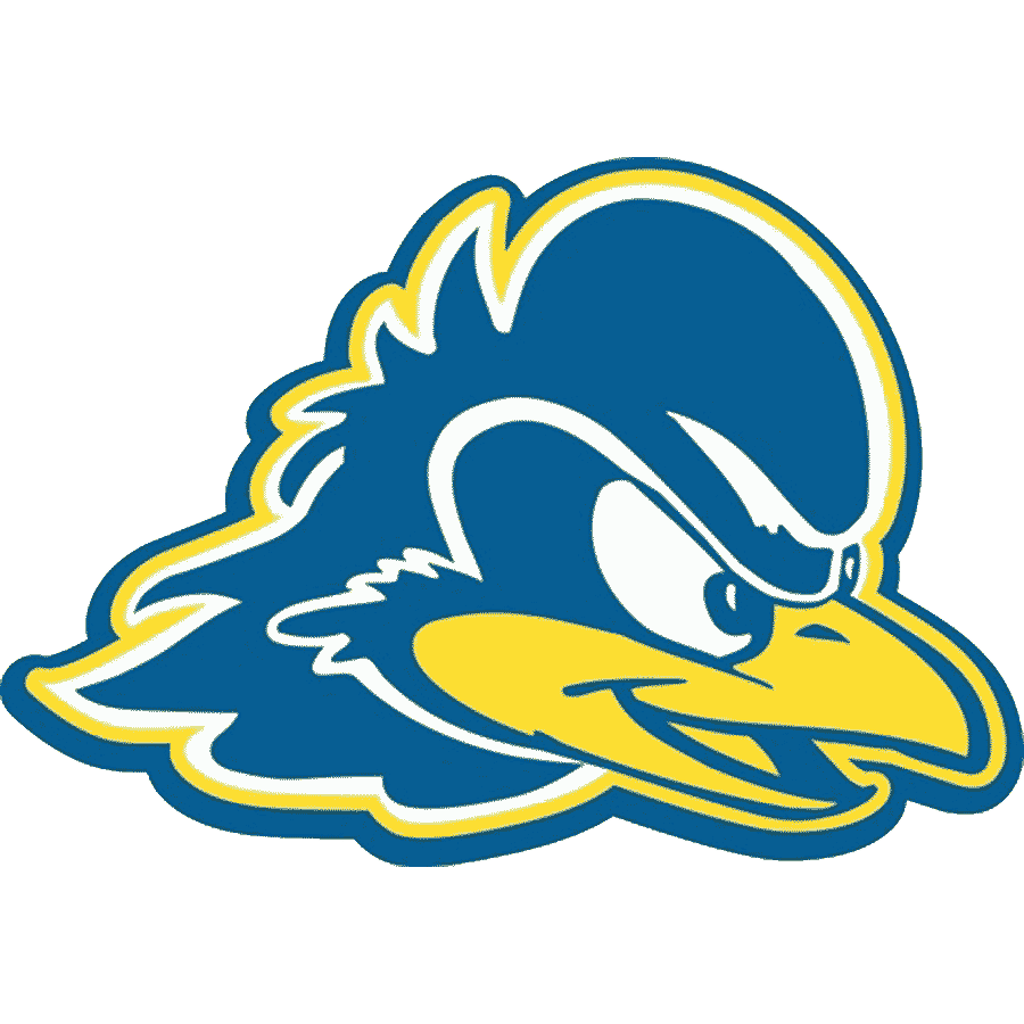