Tomorrow, the Ice Vault Arena in Wayne, NJ will be filled with hockey fans enjoying sled hockey games and trying to catch a glimpse of the coveted Stanley Cup.

But for today, the area outside the Ice Vault restaurant was filled with organizers trying to figure out the best way to set up the seven trophies so players and fans can get the best photographs.

The trophies will all be on display for the general public to see and be photographed with tomorrow, Saturday Nov. 20 from 10 a.m. until 3 p.m. at the Ice Vault Arena. 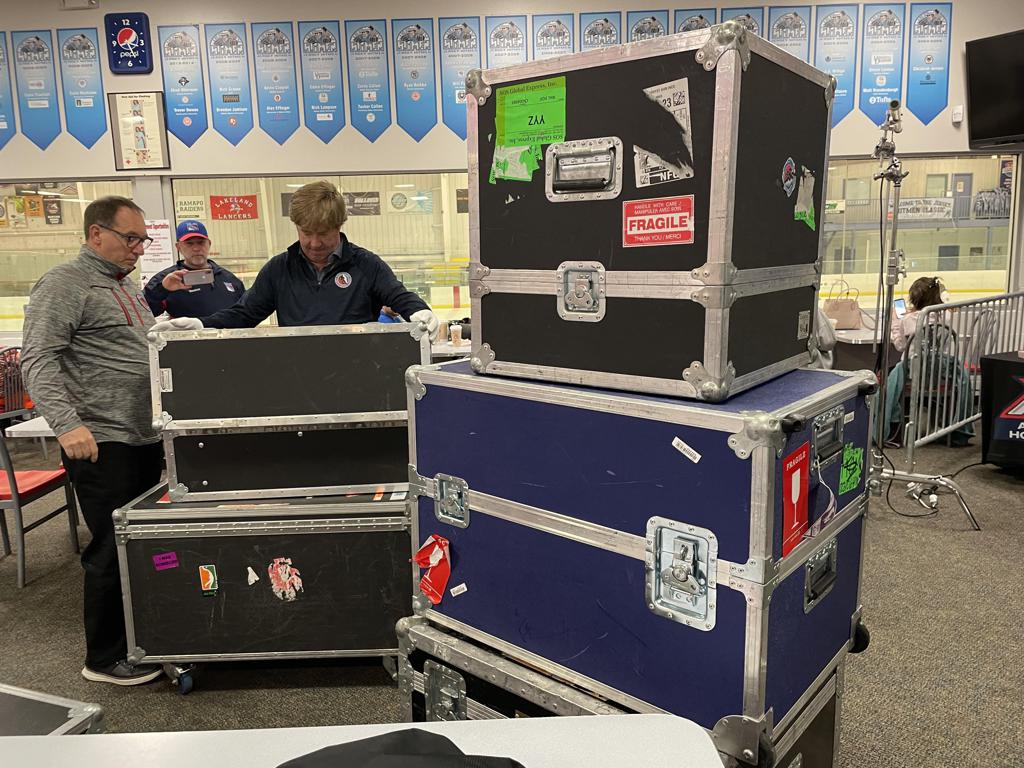 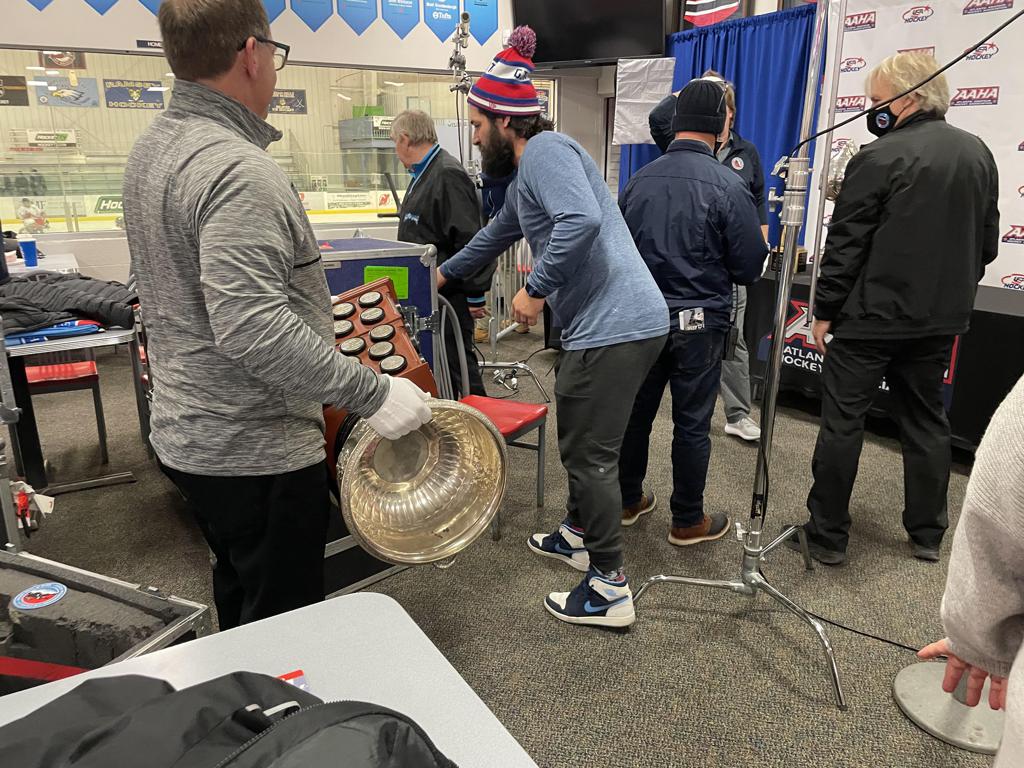 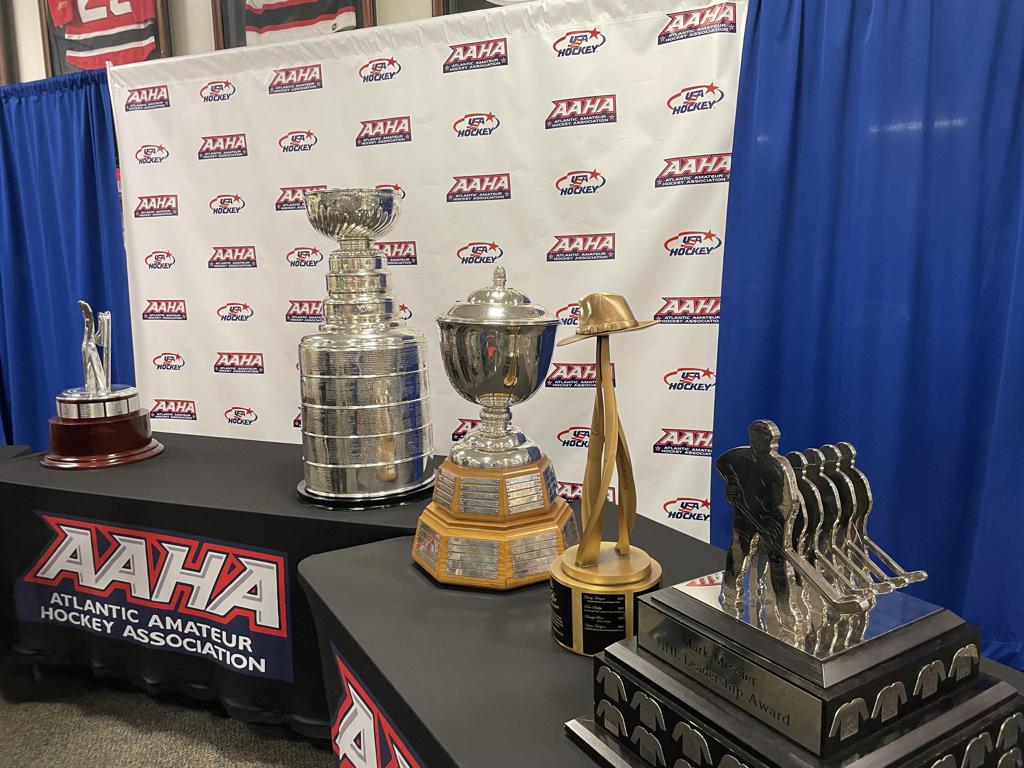