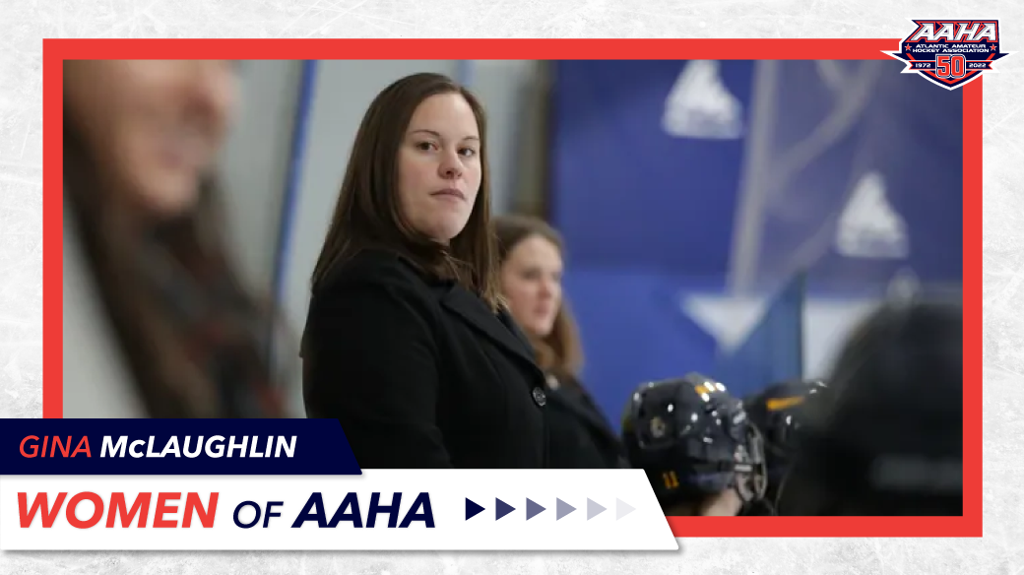 HO-HO-KUS, N.J. - Growing up in the Atlantic Affiliate, Gina McLaughlin recalls going to the rink practice after practice, game after game to see her older brother step onto the ice. When she was 12 years old, she asked her parents, “Can I try hockey?” and laced up her own skates for the very first time.

Fast forward to spring of 2022, and McLaughlin is finishing up her seventh season with the Neumann University Knights as head coach of the women’s ice hockey team. She was also appointed director of the girls player development program, responsible for the on-ice and off-ice agenda of camps for elite female players in the affiliate.

When she first tried hockey, it was at a clinic on Sunday evenings for first timers. She soon registered with the Delco Phantoms girls team that eventually morphed into the Little Flyers. She went on to play with the Princeton Tiger Lilies before attending Boston University and finishing as the Terriers all-time leading scorer with 102 points in her four-year career. She was the first three-year captain in program history.

As an NCAA coach for a team within the footprint of where she grew up, McLaughlin has a special connection to the growth. She’s taken the helm of the girls player development program during a period of tremendous growth for womens and girls hockey. When asked about what it’s like to be part of the fastest growing segment of hockey, she said, “It’s been incredible, almost easier with so much girls hockey in so many different areas.”

She described today’s aspiring elite girls players as “hungry and passionate”, with girls looking to keep playing more because they can’t get enough. In closing, she had this to say about aspiring female players, “There are so many opportunities. The sport can take you all over the country.”