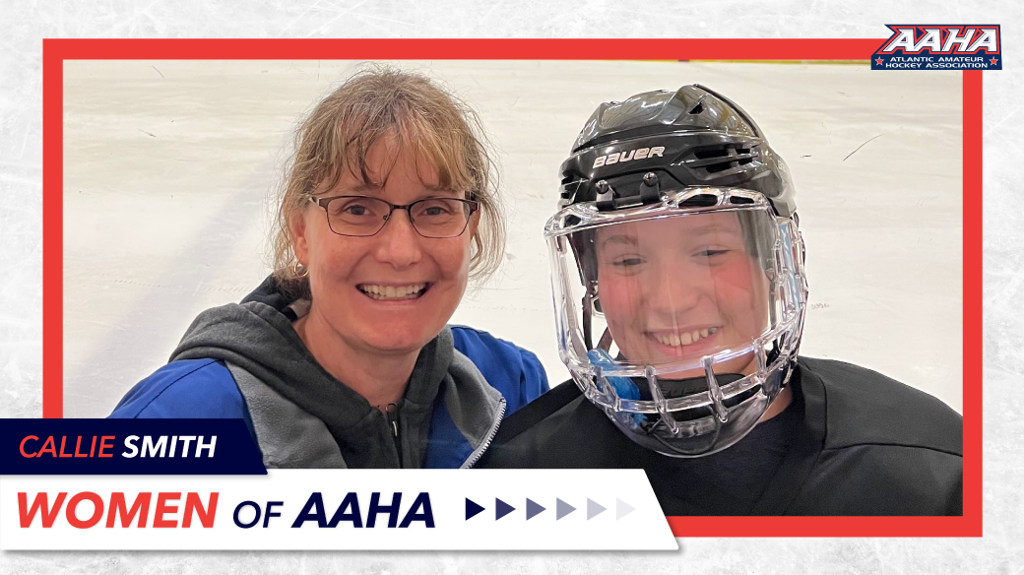 HO-HO-KUS, N.J. - When Callie Smith was growing up, neither girls hockey teams nor the opportunity for girls to play on youth teams existed. Instead of stepping on the ice, she played a lot of other sports, including softball which she continued to play in college. As a tech savvy graduate, she got one of her first internships with the Brooklyn Nets (named New Jersey Nets at the time).

This led to a full-time job offer that eventually sent her resume across New Jersey Devils President and General Manager Lou Lamoriello’s desk. Smith recalls that during the interview she was honest that she knew very little about hockey, but Lamoriello picked up she was a strong analytical thinker who would figure it out quickly.

Just before the NHL lockout of 1994-1995, Smith was brought on full-time to work in the Devils office. She described the staff as “very small back then” and listed her responsibilities as, “working behind the scenes to make sure the organization was strong, the depth charts were accurate, and when they had to make a deal or trade they never made it without the data.”

Big data and analytics was in its early days at the start of her hockey career, but Smith continued making a substantial impact with the Devils. As technology advanced, she began breaking down video and supplying it to data scientists who applied algorithms to gleem even more information from every play.

As the Devils organization began moving in a different direction, she started looking for her next stop in the hockey world. Smith landed with the New Jersey Colonials as Director of Hockey Operations for the Morris County, New Jersey based nonprofit organization that fields Tier-I and Tier-II youth teams, as well as a large girls program. Steve Pellegrini who referred her to the post gave her some first-day advice saying, “It’s going to be a learning curve, it’s youth hockey.”

Smith does not deny that it has been a very different experience than the professional world of sports. “It was a big reset on where people’s aspirations and goals are. And sometimes those goals don’t align with the skill - or quite frankly the luck - that is required to get to the elite level,” she said.

When asked what makes her successful in helping keep the Colonials running smoothly, she said, “I always have my ears open and have to know what is going on. Nonprofit programs are challenging, and a big difference from rink-run ones.”

For young women looking to follow a similar career path in professional sports, her advice centered on one core objective - get involved. “You can get an education in finance and still end up working in sports. Internships and volunteerism are how you get your foot in the door,” she advised.